3 wine growers have handed down their ancestral know how over the genrations and made the estate what it is today.
From Adrien, who discovered  Campsas village in 1930 and bought an estate located in a nearby place called Boujac, to Albert and his family who settled there in the 70’s and last but not least Philippe who took up the banner in 1988. No less than 3 generations have become the cornerstones  of the estate, each one having shaped it in their own way to create Château de Boujac.

Not far from Toulouse ; our present estate covers 30 hectares of vineyards and 2 hectares of olive groves  which we wish to keep up using the know how we have acquired over the  years whilst  shaping them to our own image.

Our vineyard has been certified organic for ten years now. We are committed to, may the specifications concerning organic certification be stringent, working all of our parcels of land with a new outlook and in an environmentally friendly way. To support our commitment we had to, day by day, review the way we worked which led us to consider  adjusting our growing practises and winemaking methods. This year a new adventure awaits us, after three whole years of training and full scale testing which have allowed us to actually see the positive effects on our parcels  we are convinced that our new adventure  is named : biodynamics.

A unique soil, a unique grape variety, wines of character. 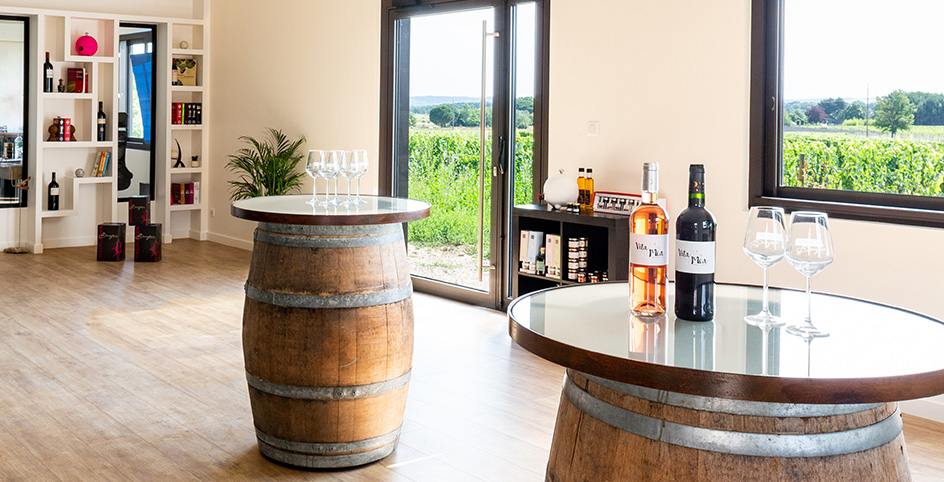 The Fronton wine growing area dates back to the Romans who planted the first vine stock on the the terrasses overlooking the Tarn Valley. However, winegrowing in the Fronton area really took  a historical up turn in XII century when the ‘Négrette’ variety was introduced.

Back in those days the vines belonged to the Knights of the Order of St John of Jerusalem. They discovered a local Mavro (‘black’in Greek) grape variety in Cyprus during the Crusades and brought it back to France to plant it in their commanderies one of which was in Fronton.

Over the year Mavro variety has become the nègrette which lends Fronton wines their specific charateristics, Fronton being the only soil in France on which this variety and grows well thrives.

Find out more about our wines
“The soil never lies and holds the promise of beautiful things for those who know how to listen to it...”